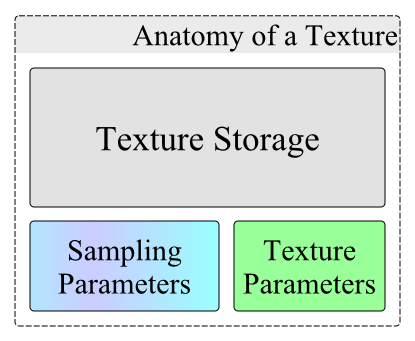 Note: Though this parameter affects sampling, it is not a sampling parameter. As such, you cannot bind the same texture object to two image units and use two different samplers to fetch the depth and stencil components. However, you can create a view of the texture (both that and this are GL 4.3 features), and set different texture parameters into the different views. One view for the depth, one view for the stencil.

Binding textures for use in OpenGL is a little weird. There are two reasons to bind a texture object to the context: to change the object (e.g. modify it's storage or its parameters) or to render something with it.