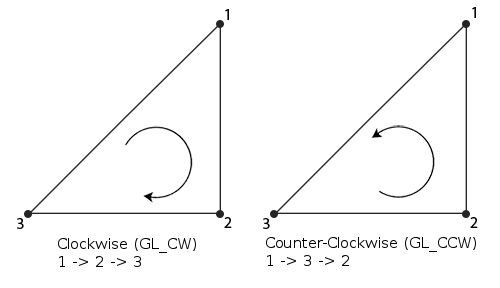 The Fragment Shader gets a built-in input value saying whether the fragment was generated by the triangle's front face (this will always be true for non-triangular primitives).

Note that the final winding order of any generated triangles is determined by the positions output from the TES (or a subsequent Geometry Shader). So even though the winding order specification in the TES is a fixed value for the shader, this does not mean that all triangles generated will have that winding after the TES generates positions for them. The specified order is only for the abstract patch; the TES decides what that means in the generated objects.