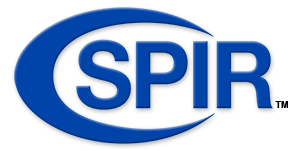 What set of problems is SPIR supposed to solve?

For example, a compiler for an alternative device language (not OpenCL C) can generate SPIR and have it run on any OpenCL backend that supports the cl_khr_spir extension. There is no need to generate OpenCL C as an intermediate. The alternative language could be many things, such as an established language (like FORTRAN), an exotic domain specific language, or a single source programming environment with automatic code partitioning. However, the language semantics must be mappable to SPIR and satisfy the constraints of OpenCL target systems.

A developer can ship an OpenCL application without exposing their device program source at any point in the flow.

Shipping a SPIR IR instance in bitcode format gives them legal protections they would otherwise not have. (This is not cryptographically strong protection, but instead it is similar to DMCA style protection whereby obfuscation is enough to prove intent if IP reverse engineering is discovered.)

The alternative is to ship device-specific (and sometimes driver-specific) binaries. This can imply a combinatorial explosion in the number of device binaries an application developer would have to prepare and ship.

An application that uses a valid SPIR IR instance should be runnable on any OpenCL platform supporting the cl_khr_spir extension and the matching SPIR version. (A single platform/device combination could support more than one version of SPIR IR; see the CL_DEVICE_SPIR_VERSIONS device query.) The SPIR IR instance could have been generated by any tool, provided it is valid SPIR IR.

How does SPIR fit in? (Reference flow)

The reference SPIR flow is as follows:

What does Khronos standardize?

Khronos does not define the process for translating a program from any source language into SPIR.

What open source is related to SPIR?

Can I use SPIR? (Licensing)

Khronos specifications themselves are copyrighted by The Khronos Group Inc., and are restrictively licensed. (See the specification document preamble for details.)

You may use or implement the functionality in the SPIR IR or OpenCL specifications, free of charge.

To claim conformance to the specifications, you must follow the process defined in the Khronos Adopters program.

As always, check the full legal terms and conditions for any Khronos specification, Adopters Agreement, or any software or hardware implementations you plan to use.

How can I generate a SPIR IR instance from OpenCL C?

Use the patched Clang 3.2 from the Khronos Github account to translate valid OpenCL C (version 1.2) into SPIR 1.2.

Khronos group members are contributing all patches to Clang trunk. As of January 2014, most of the support is already included in Clang trunk, but there are some pieces missing.

When will Clang trunk support OpenCL C 1.2 to SPIR 1.2 generation?

See previous answer. The only holdup is review of the remaining patches.

Where can I ask about Clang support for SPIR?

Can I generate SPIR IR from language XYZ?

Yes. It's very likely (but not required) that you will want to base your work on a recent version of LLVM and perhaps Clang.

How do I know if something is valid SPIR IR?

Use the Verifier module. It is an LLVM pass that checks validity with respect to the SPIR IR specification.

As of January 2014, it is known to be incomplete. The intent is to continue to improve it.

Can I optimize SPIR IR?

Optimization or transformation of an LLVM module that is also a valid SPIR IR instance is beyond the scope of any Khronos specfication.

What will run a SPIR IR instance?

A conformant OpenCL implementation that supports standard extension cl_khr_spir can load and run a SPIR IR instance. See the OpenCL extension specification for version 1.2, 2.0 or later for details on the runtime APIs for doing so.

In particular, an OpenCL platform would list cl_khr_spir in its response to the CL_PLATFORM_EXTENSIONS query. Also, the CL_DEVICE_SPIR_VERSIONS lists which versions of SPIR IR are supported by a particular device, e.g. 1.2 2.0.

It is up to vendors to describe what extensions their OpenCL implementations support. Khronos does not maintain a list. (Yet...?)

Can a non-OpenCL implementation execute a SPIR instance?

Khronos does not control what you do with a SPIR instance.

However, the Khronos Adopters Program defines the conformance process and criteria for SPIR consumption (the cl_khr_spir extension to OpenCL).

Why is the first version of SPIR called 1.2?

Secondarily, OpenCL 1.2 is the first version of OpenCL to define the cl_khr_spir runtime API to load SPIR instances.

Who is using SPIR?

The following projects are known to use SPIR:

Can I generate a SPIR instance with compiler X and run it on platform Y?

The OpenCL cl_khr_spir runtime API extension assumes you can deliver a binary SPIR IR instance to the clCreateProgramWithBinary API.

For OpenCL targets, the conformance process ensures that SPIR 1.2 instances can be loaded and executed by an OpenCL platform which supports the cl_khr_spir extension and which includes "1.2" in its reply to the CL_DEVICE_SPIR_VERSIONS device query. (The target platform might not even include any part of LLVM in its tool flow, let alone a specific version.)

The broader question is whether an LLVM 3.2 IR bitcode can be loaded and processed by an LLVM toolchain that is much newer than LLVM 3.2. For example, LLVM 3.4 encodes function attributes differently than LLVM 3.2 does. Khronos members (such as Intel) are contributing tests and fixes to the LLVM trunk to attempt to preserve the ability for newer LLVM versions to load LLVM 3.2 bitcodes. This is an ongoing process, and at some point the LLVM community may decide to break backward compatibility in a fundamental and hard-to-fix way.