Checkout some of our upcoming events over here.

Khronos standards are fundamental to many of the technologies on display at SIGGRAPH and the latest updates on OpenGL, COLLADA and mobile graphics will be on display on many of our members and partners booths.

Bookmark this web page as your information hub to everything Khronos at SIGGRAPH this year.

Khronos is delighted to observe ten years of participation in SIGGRAPH North America with a huge new “Member Demonstration Pavilion,” an Open House hospitality suite for Press & Educators, and five BOFS covering a variety of our APIs.

For the last ten years, Khronos Group open standards have been the foundation of a multi-billion dollar industry, and for those same ten years Khronos has been honored to be part of SIGGRAPH. This year in Vancouver on August 9, 10 and 11, 2011, we have a greater presence than in previous years, and some exciting new developments.

Khronos Group founders and members are excited to visit Vancouver to talk about how Khronos APIs let developers tap into cutting edge graphics and media processing on platforms ranging from high-end workstations to mobile phones. Khronos BOFs are spread over two full days and this year there are five BOF sessions, where you will the latest updates on the state of Khronos APIs:

WebGL is a cross-platform, royalty-free web standard based on OpenGL ES 2.0. It is shader-based, using GLSL, and it brings plugin-free 3D to the web, directly in the browser.

Meet designers and implementers of this significant standard for heterogeneous parallel programming on GPUs and CPUs. Learn how OpenCL inter-operates with OpenGL to enable advanced, cross-platform, visual-computing applications.

Attend the OpenCL BOF and win a high-end graphics card and other valuable prizes like these:

Note: Actual prizes and giveaways subject to change without notice.

Learn more about OpenGL developments, the most widely adopted 2D/3D graphics API, from the ARB and leading OpenGL companies.

Attend the OpenGL BOF and win a high-end graphics card and other valuable prizes like these:

Note: Actual prizes and giveaways subject to change without notice.

Get the inside track on OpenGL ES, OpenVG, OpenMAX, and all the new Stream Input API being used to develop the billion-dollar, billion-user mobile gaming and multimedia markets – and enabling tomorrow’s advanced applications such as Augmented Reality!

Khronos Members with Booths on the Pavilion 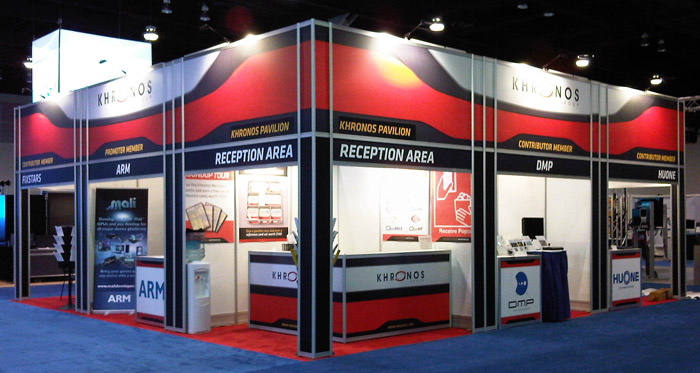 Courses and Papers at Siggraph