Checkout some of our upcoming events over here.

Register for this DevU today!

This DevU is open to all SIGGRAPH ASIA attendees at no additional cost.

For the last ten years, Khronos technology experts have taught developers and members of the press about the Khronos standards ecosystem. Khronos standards are fundamental to many of the technologies you will see on display at SIGGRAPH Asia. If you manufacture or develop multimedia content for games, DCC, CAD or mobile devices, you should attend Khronos Group’s DevU (Developer University) to learn about these new industry standards for royalty-free multimedia development:

Khronos Group open standards are the foundation of all the products on display at the “Khronos Pavilion” at SIGGRAPH Asia. If you develop multimedia content, you should attend this 90 minute session to learn from the world's leading experts on computer graphics and interactive techniques. This session is a highly-condensed overview of how Khronos royalty-free APIs let you tap into cutting edge graphics and media processing on platforms ranging from high-end workstations to mobile phones.

Learn the highlights about:

The Khronos Group is back as an exhibitor for its 3rd year at SIGGRAPH Asia and this year numerous Khronos Members have taken booths together in a large Pavilion (to the left side of the show floor after you enter.) We are proud to offer:

Khronos Members with Booths on the Pavilion 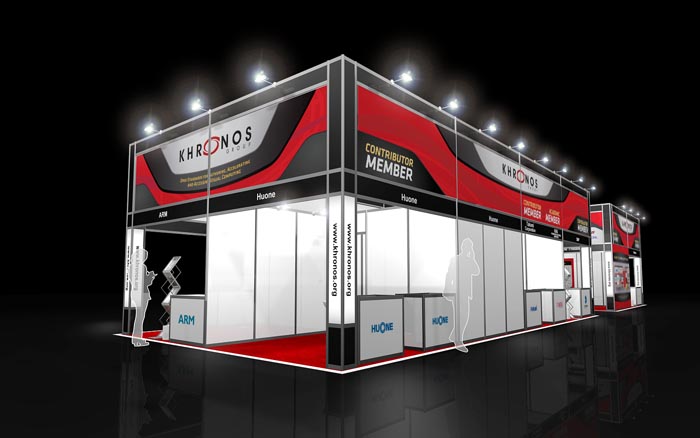 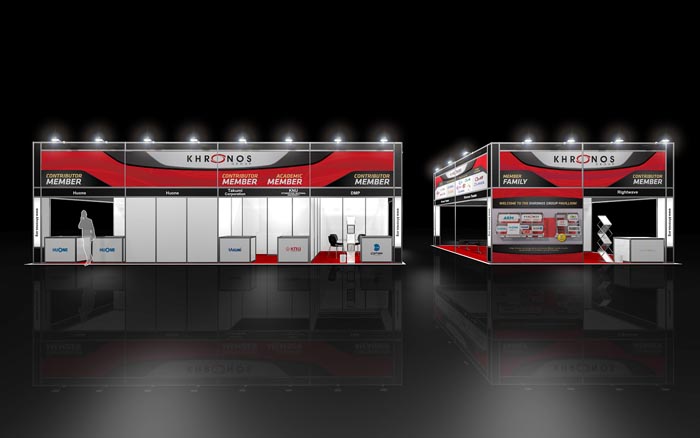 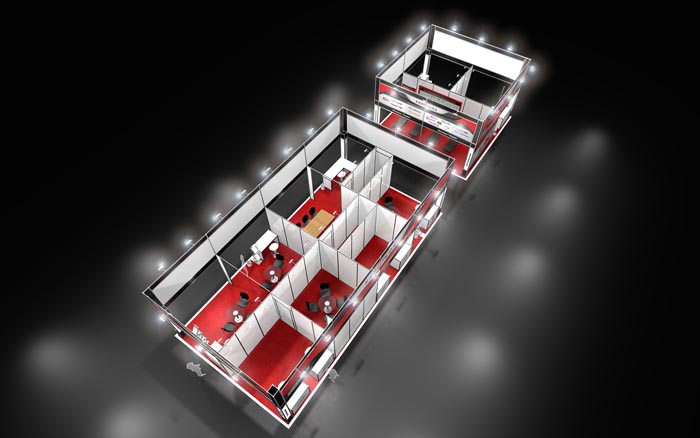 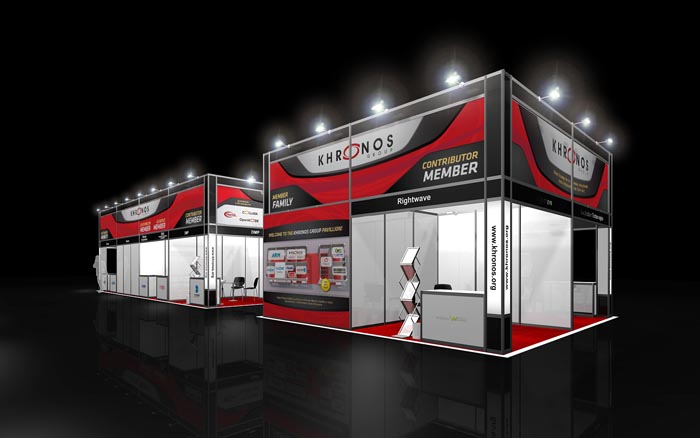 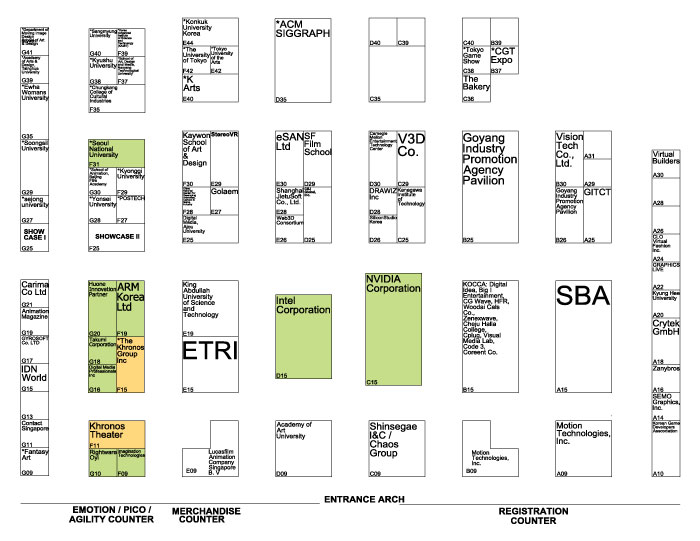 Introduction to OpenCL by Example

Physical and Graphical Effects in OpenCL by Example

An Introduction to OpenGL 4.0 Programming

OpenGL is the most widely available library for creating interactive computer graphics applications across all of the major computer operating systems. Its uses range from creating applications for scientific visualizations to computer-aided design, interactive gaming and entertainment, and with each new version, its capabilities reveal the most up-to-date features of modern graphics hardware.

This course provides an accelerated introduction to programming OpenGL with an emphasis on the most modern methods for using the library. OpenGL has undergone numerous updates in recent years, which have fundamentally changed how programmers interact with the application programming interface (API) and the skills required for being an effective OpenGL programmer. The most notable of those changes was the introduction of shader-based rendering, which was introduced into the API many years ago, but has recently expanded to subsume almost all functionality in OpenGL. The course summarizes each of the shader stages in OpenGL version 4.0 and methods for specifying data to be used in rendering with OpenGL.

While the annual SIGGRAPH conferences have presented numerous courses on OpenGL over the years, recent revisions to the API, culminating in OpenGL version 4.0, have provided a wealth of new functionality and features that enable creation of ever-richer content. This course builds from demonstrating the use of the most fundamental shader-based OpenGL pipeline to introducing all of the latest shader stages.

Registration for events at SIGGRAPH

Registration is available on the Siggraph Asia page. 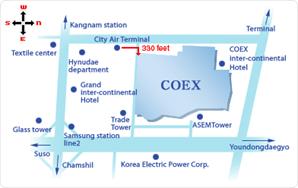 COEX InterContinental Seoul - Seoul, South Korea
A luxury hotel in downtown Seoul, COEX InterContinental Seoul is ideally placed at the Korea World Trade Center complex, making the hotel ideal for business customers as well as those on vacation. Guests can use the services and facilities here or at the nearby Grand InterContinental Seoul, and settle the bill as one. The COEX Mall and COEX Exhibition Center are both within easy reach of this Seoul hotel, and it serves as an excellent base from which to explore the lively and bustling city. Nearby attractions include the National Museum of Korea, Gyeongbok Palace, and the shopping district of Itaewon. 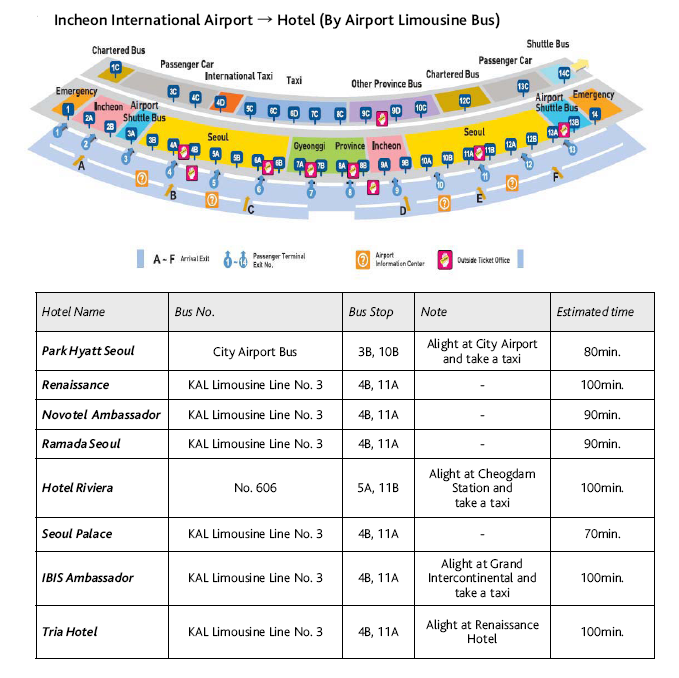 You can always take a taxi, but remember that it is a long distance from Inchon (ICN) to downtown Seoul and Seoul traffic ranks near the top as the world's worst. This is by far the most expensive way to get into Seoul.

All events Tell us about your event
devilish