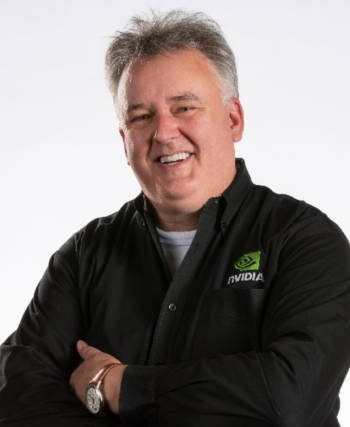 This story is one of many that was originally posted on Jon Peddie Research. Be sure to read the complete JPR forecast: 2019 was quite a year, 2020 will be even greater

May the APIs be with you

Standards organizations exist to provide a safe space for competitors to cooperate for the good of all. In 2019, Khronos has seen powerful commercial incentives drawing us ever closer forsophisticated, multi-level cooperation, but also external dynamics trying to force the industry apart.

Firstly, the good news, many Khronos working groups have seen significant advances in 2019:

Furthermore, as tech ecosystems become ever more complex, 2019 has shown us that our standards increasingly need to be used together to solve real-world problems:

2019 has also been a milestone year for Khronos as, for the first time, user communities have joined for a seat at the table to cooperatively build solutions over our standards:

Finally, 2019 has seen the ongoing advantages of cooperation encourage liaisons beyond Khronos into sister organizations as we build an industry-wide web of interconnected standards:

But at the international level, all of this cooperative progress could be overshadowed by rising forces encouraging the tech world to divide into East and West. To many of us working in the field of cooperative interoperability standards, this seems a huge backwards step from eradicating needless industry friction and inefficiencies. Khronos is committed to playing whatever role it can in leveraging open standardization to keep international cooperation alive and well.

Looking forward to 2020, Khronos is going to be busy as we gather real-world feedback on key new initiatives, approaches, and deployments:

Neil is Vice President of Developer Ecosystems at Nvidia where he helps enable applications to take advantage of advanced GPU and silicon acceleration. Neil is also the elected President of the Khronos Group, where he initiated the OpenGL ES standard now used by billions worldwide every day, helped catalyze the WebGL project to bring interactive 3D graphics to the Web, fostered the creation of the glTF standard for 3D assets, chairs the OpenCL working group defining the open standard for heterogeneous parallel computation, and helped establish and launch the new-generation Vulkan API. Before Nvidia Neil was at the forefront of the silicon revolution bringing interactive 3D to the PC, and he established the embedded graphics division of 3Dlabs to bring advanced visual processing to a wide range of non-PC platform.

Khronos® and Vulkan® are registered trademarks, and ANARI™, WebGL™, glTF™, NNEF™, OpenVX™, SPIR™, SPIR-V™, SYCL™, OpenVG™ and 3D Commerce™ are trademarks of The Khronos Group Inc. OpenXR™ is a trademark owned by The Khronos Group Inc. and is registered as a trademark in China, the European Union, Japan and the United Kingdom. OpenCL™ is a trademark of Apple Inc. and OpenGL® is a registered trademark and the OpenGL ES™ and OpenGL SC™ logos are trademarks of Hewlett Packard Enterprise used under license by Khronos. All other product names, trademarks, and/or company names are used solely for identification and belong to their respective owners.
devilish